A downtown Roanoke kayak launch is moving forward thanks to a successful crowdfunding effort led by the Roanoke Outside Foundation on behalf of The Bridges development. The campaign raised $77,000 in cash and in-kind services to build the launch which is on the Roanoke River at The Bridges near the intersection with Reserve Avenue.

Construction will begin in a few days on the put-in which is halfway between Wasena Park and Piedmont Park. Construction above the water line will be completed by May. The underwater portion will begin after June 30 since instream construction is not permitted from March 30 to June 30 to protect the habitat of the endangered Roanoke logperch.

Financial support for the project came from dozens of businesses and individuals such as Carilion Clinic, UBS Financial Services, Lanford Brothers, Adams Construction, Salem Stone Corp and a personal donation from Congressman Bob Goodlatte. Many individuals supported the project in memory of Joe Gwaltney, former vice president of Boxley Materials.

“This launch is being built with private money – no tax dollars,” said Pete Eshelman, director of outdoor branding for the Roanoke Regional Partnership and Roanoke Outside Foundation. “The support demonstrates that people believe in investing in new outdoor infrastructure.”

The facility will be managed by Roanoke Parks and Recreation and Roanoke Stormwater Division. There is no cost to use the launch which will make it easier to canoe, kayak, or tube close to the region’s urban core along the Roanoke River Blueway, a water trail that runs from the South Fork of the Roanoke River at East Montgomery County Park to Hardy Road in Bedford County. Amenities onsite will include a viewing platform, steps down to the river, boat storage rack, and informational kiosk that includes a map of the river.

“Adding a kayak launch is consistent with our vision to create a destination to live, work, and play,” said Aaron Ewert, project manager for The Bridges. “A kayak launch in the middle of the urban core is not just a great amenity to support our growing outdoor culture – it’s something people and businesses are seeking when choosing where to live and invest.”

Thanks to everyone who has helped with this project. 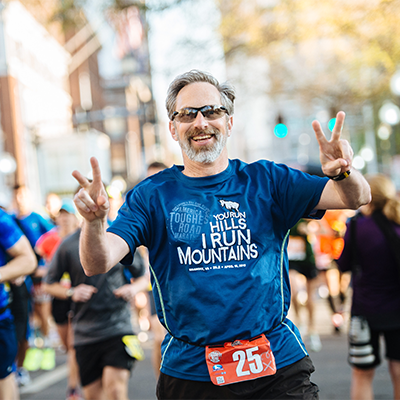 Create Your Own Land Adventure